Hey guys, today I'm happy to bring on my friend Cindy Sha who is a part of the NohatDigital team.

Since 2016, they've been buying different types of online businesses then work their magic to double or even triple them in a very short period of time.

Personally, I've been always curious to know how they did it.

So when Cindy reached out and asked to write a guest post for Cloud Living sharing a case study on exactly what they did to double a business - I immediately said yes.

I hope you guys learn a lot from this article! Take it away, Cindy. 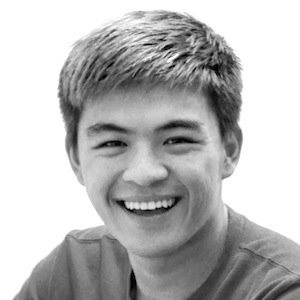 If you’re an avid reader of IM case studies, then you’ve surely heard of Perrin’s site, Herepup, which he sold for a little over $200,000.

However, what happened since then? Should he have sold it?

Many people build an authority site in the hopes of selling it off for a huge payday. After all, you can get between 20 – 30 x the monthly earnings for your site. Herepup was sold for over $200K and that’s nothing to sneeze at!

But... if you knew you could almost double the current earnings of your site, within a handful of months.. would you be so quick to sell? Or, how much more could you have gotten from the sale?

After acquiring Herepup, we increased revenue from its baseline of $6,988 per month to $14,677 after only 4 months.

However, this site doesn’t use any PBNs or other blackhat backlinking strategies, so it could have sold for a higher factor (x 30), which means he could have gotten as much as $440,310!

How Did We Do This?

Some new SEO technique no one has heard about (yet)?

Nope! All we did was focus on building more quality backlinks, creating more content and switched to a higher paying affiliate program.

These are all things you’ve heard about before – and probably overlook. At NoHatDigital, we make use of Pareto’s principle – focus on the 20% that drives 80% of the results.

However, the one thing we did differently, was implement the above strategies, at scale. We didn’t just get 5 links and called it a day, or put up a handful of new articles. We really went to work.

So, lets take a closer look.

Perrin originally focused on creating keyword focused content for Herepup and we decided to continue his strategy.

However, as mentioned before, we did this at scale.

Each article that was posted was over 1,000 words.

Once the new articles were posted on the site, they started ranking within a week or two. This happened because the site was already established and ranking well for most of its keywords.

The next thing we did was build high quality, white hat backlinks. We chose to create infographics and then market them to other pet blogs/sites. Infographics lend themselves quite well to the pet niche, which was a part of the success of this strategy.

Once we created each infographic, we did a significant amount of outreach. This basically means finding relevant sites and asking them to post our infographic on their site (with a link back to ours). 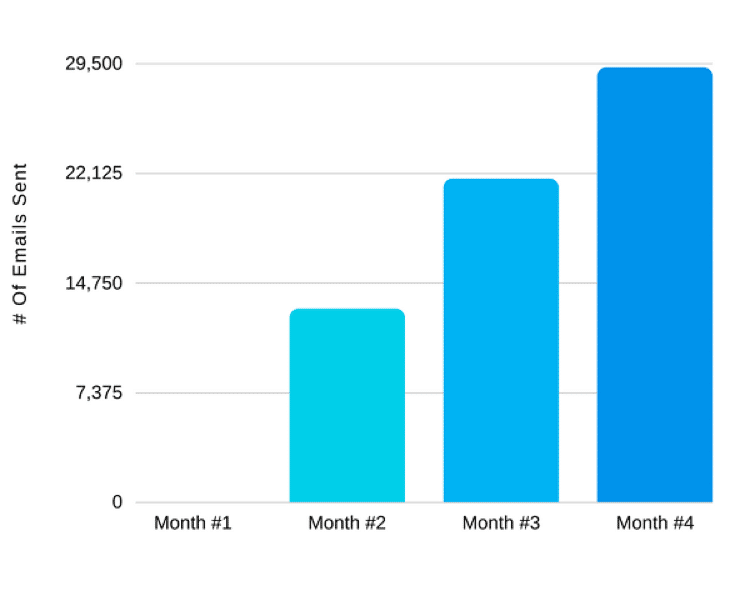 Every site that responded, we created a unique introduction to go along with the Infographic to prevent any duplicate content issues.

So, what were our results?

This may not seem overtly impressive, however, those links packed a punch. The majority of them had a domain authority of over 18 and one had a DA of 33.

In total, we created 184 new articles and got 54 new links within the first four months of owning Herepup. The results?

The new content alone generated $1,006.33 in three months. This content was just published on the site and didn’t have time to age or get higher rankings. So, the revenue from the new content will increase over the coming months.

As you can tell, even though adding a significant amount of content and links in the last 4 months, resulted in adding $1,0006.33 to our revenue, it was not the immediate cause of doubling the site’s revenue.

What truly moved the needle, was switching from Amazon to Chewy.

We were able to negotiate a higher payout from Chewy which resulted in doubling our revenue. Of course, we didn’t completely remove Amazon, but added Chewy products.

We were unsure about the move and thought it would decrease our overall clicks since more people know and trust Amazon, but this was an unfounded fear.

As you can see in the chart below, the number of clicks to affiliate programs decreased very slightly once some Amazon links were removed and Chewy was added in Month #2. 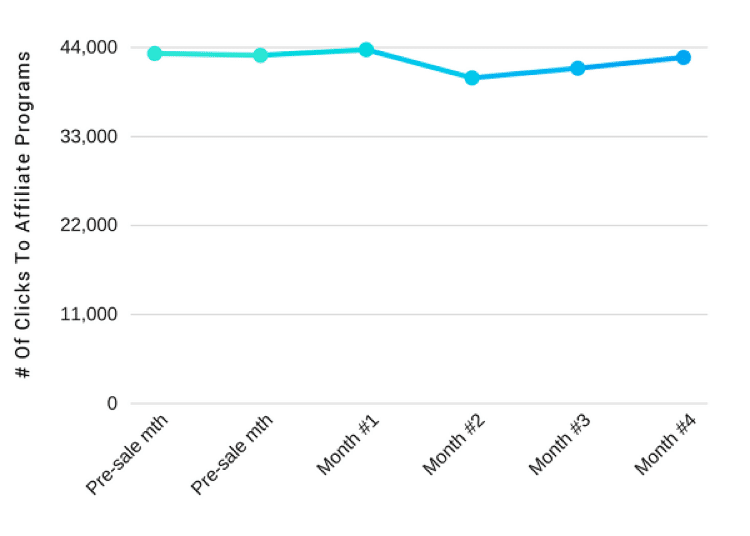 However, even though the clicks to affiliate products were slightly lower, revenue soared! 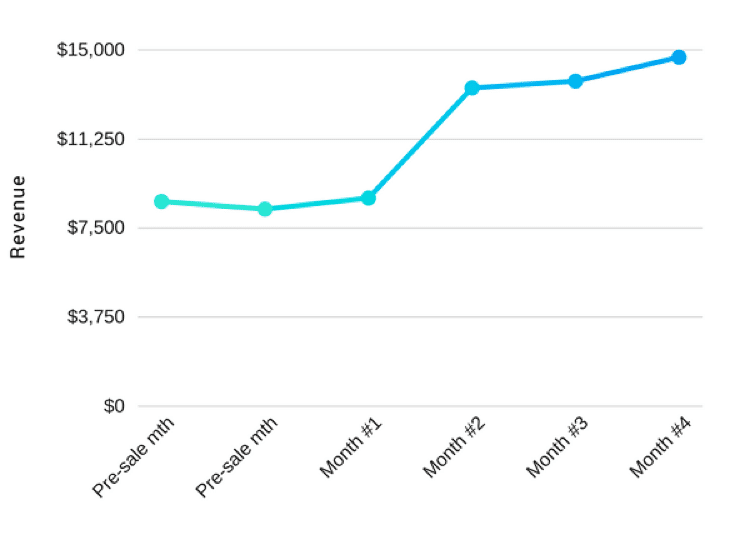 In the fourth month, Chewy affiliate products accounted for over $9000 of the total revenue and the remaining $5000 came from Amazon and Media.net ads.

You may be asking yourself – did the traffic increase significantly? Surely, that must be the cause of such an astronomic increase in revenue. However, it didn’t. Here are the traffic stats:

Note that the tracking didn’t work for a few days in November, causing the traffic to show as 0.

Note that month #3 was December, thus a slight increase in traffic was due to the usual Christmas rush.

So, can you do the same to your website? This case study proves it.

All you need to focus on is identifying higher paying affiliate programs within your niche as well as scaling your content and link building efforts.

If you have a significant amount of traffic, don’t be afraid to negotiate for higher commissions – if you don’t ask for a raise, the answer will always be no.

What if you can’t find a higher paying affiliate program for your site? Then, it’s well worth it to create your own product.

If you have the data that shows exactly what people want to purchase, then you’d be bonkers not to make use of it! Remember, fortune favors the bold 😉

What are you gonna do to double or even triple your affiliate revenue? Let us know in the comment section below.

Cindy Sha is an entrepreneur, writer and internet marketer with a passion for SEO and affiliate marketing. When she’s not building authority sites, she can be... [Read full bio]

Please log in again. The login page will open in a new window. After logging in you can close it and return to this page.